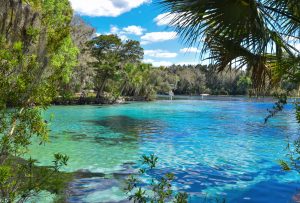 their lives to a permanent vacation. Florida is a great choice for people interested in water sports, sunbathing, theme parks, shopping, and dining.

If you are interested in history, then you should visit Saint Augustine, Florida, which is the oldest city in the United States. Spanish admiral Pedro Menendez de Aviles founded the city in 1565. The city is well-known for its Spanish colonial architecture, the beaches, and a wildlife sanctuary, while

theme parks are mostly located around Orlando. There are over ten large theme parks in the Greater Orlando area, including Walt Disney’s 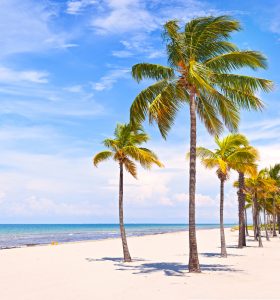 Animal Kingdom, Walt Disney’s Hollywood Studios, Disney’s water parks and Universal Orlando Resort. The parks compete with each other. This means that they are constantly introducing new experiences, attractions and technological innovations.

Daytona Beach is famous for Bike Week, a motorcycle event that happens in the city every year. It lasts for ten days, actually, and attracts around half-a-million visitors from all over the world.